After planning approval was given last year, work commenced on the construction of a new skatepark facility at Les Quennevais in January, which we are aiming to open to the public in the summer.

The skatepark will feature approximately 2,000m2 of useable terrain that caters for all users of all abilities.

Large transitions have been incorporated in the form of an extensive bowl of varying depth at the northern end of the facility. Flatter, smaller areas with small transitions are provided south of the bowl to cater for people who are new to urban sports. There is also an array of street style features and obstacles that link the north of the skatepark to a flow zone to the south.

Drawings and plans of the new park can be found below: 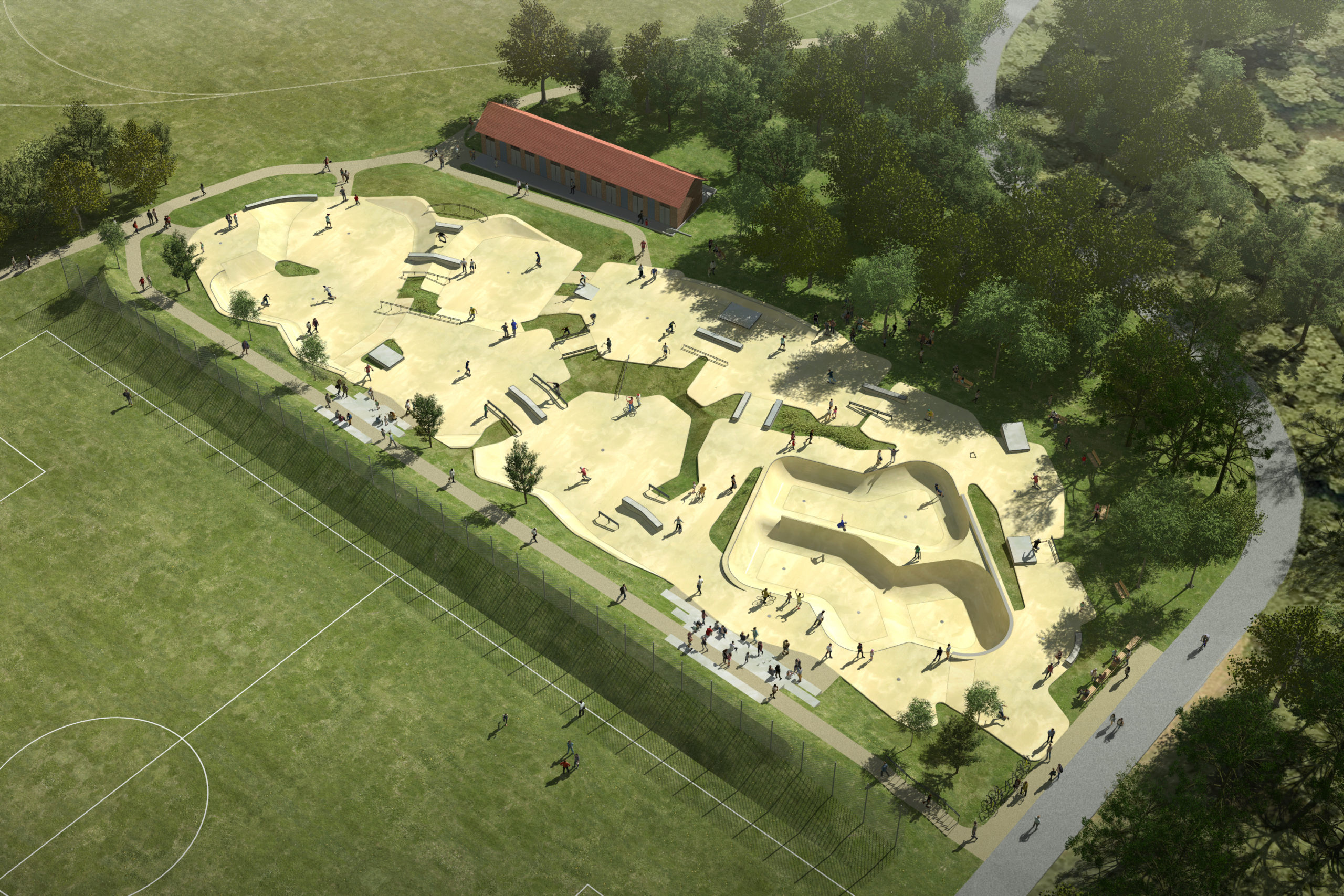 As part of a condition of the planning approval, we have also been undertaking ecological enhancements at the site, including enhancement of the wider woodland habitat, removal of invasive species, planting of native trees and the erection of bird, bat and squirrel boxes.

More information on this work can be found at (link)